The Communications and Information network Association of Japan (CIAJ) announces the telecommunication equipment production and trade figures for April through September, 2022 as follows.

In the telecom market from April to September 2022, demand for key telephones and PBXs increased while the difficulty of purchasing their components began to decrease. Demand for facsimile machines (including multifunction machines) also grew with strong exports backed by a weaker yen. Meanwhile, demand related to 5G base stations was sluggish, reflecting a slowdown in investments in the NSA system for the development of high-speed, high-capacity areas.

The domestic market value increased, offsetting a decrease in domestic production value, due in part to an increase in the import of smartphones, including a high volume of shipments of summer models.

Domestic production totaled 206.9 billion yen in April through September, a year-on-year decrease of 8.0%.

Production of business-related devices increased as the difficulty of purchasing components began to ease. However, domestic production declined in two consecutive half-year periods principally due to a slowdown in demand for communication infrastructure. 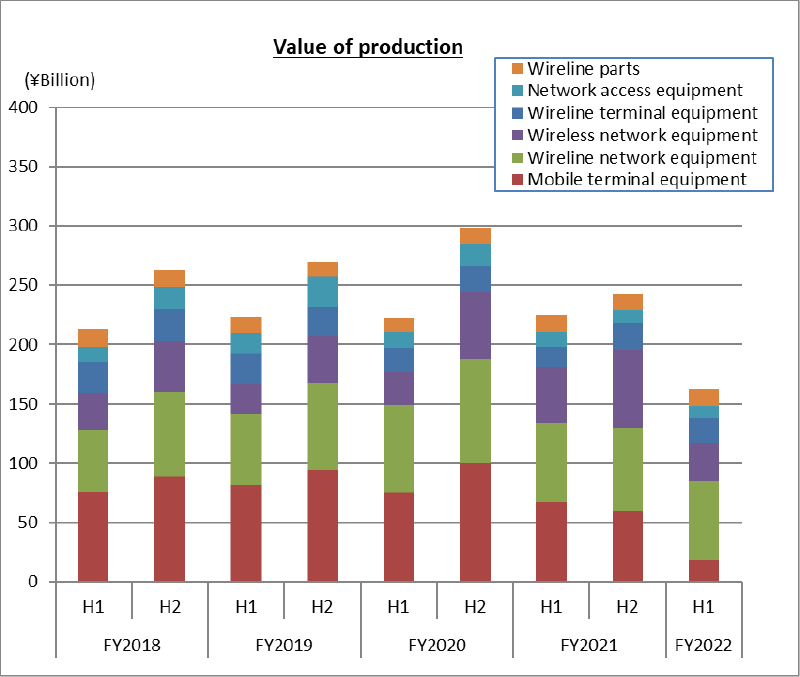 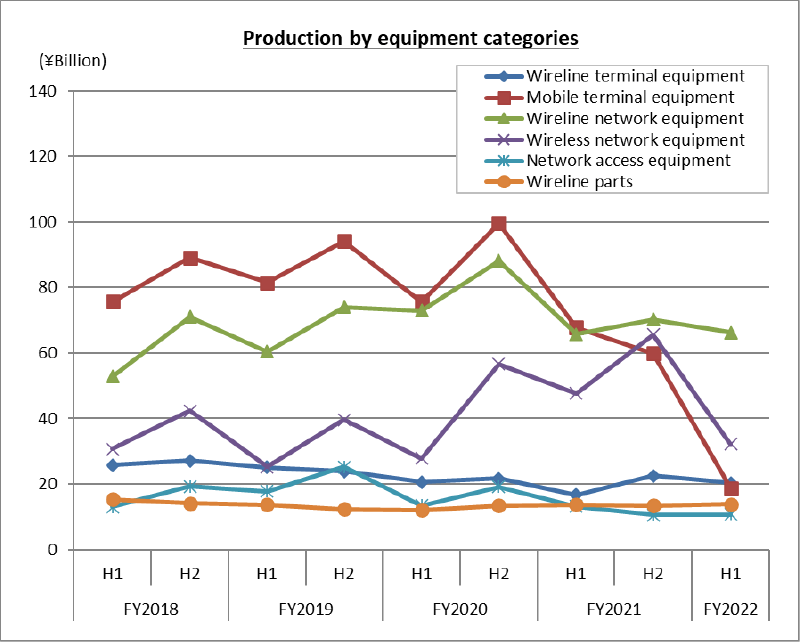 Actual orders received and shipped in the April through September period was 166.1 billion yen, up 1.7% year-on-year.

While the export of components used in overseas smartphone production decreased, export value grew in three consecutive half-year periods thanks to growth in demand in overseas markets where the resumption of economic activity is increasing. 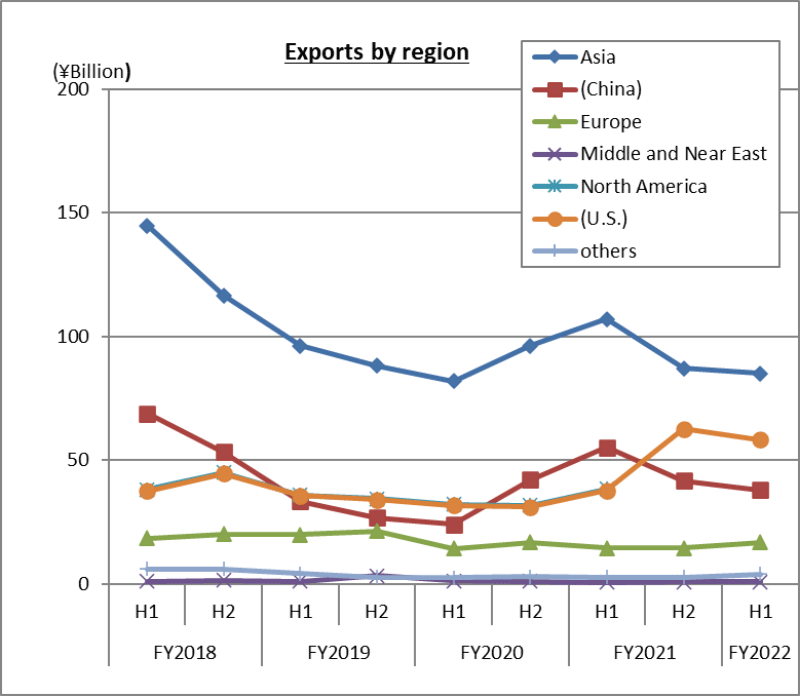 In the April through September period, total imports amounted to 1,673.6 billion yen, a 16.8% increase year on year.

The import value increased in four consecutive half-year periods thanks to strong sales of data communication devices, including routers and switches and transmission equipment, in line with demand for the transition of networks to fiber-optic cables, in addition to the high domestic demand for smartphones.

Actual orders received and shipped in the April through September period was 704.5 billion yen, up 5.1% year-on-year.