HOME > Press/News > Back Number 2022 > Telecommunication Equipment Production and Trade Figures for the First Quarter (April-June) of FY2022 – Domestic production stalled due to the continued impact of parts supply problems, among other factors –

In the April-June quarter of FY2022, the telecom market saw progress in construction works to expand optical cable networks and network infrastructure-related equipment was once again in an upward trend. However, 5G base station-related demand was weak as the capital investment cycle came to an end, and business-related equipment (excluding facsimiles and PBXs) was also sluggish under the impact of parts supply problems, which, though easing, are still ongoing.

Due to a rise in imports of smartphones, which account for the majority of the value of imports, the increase in import value was greater than the decrease in domestic production value.

Domestic production totaled 96.8 billion yen in the April through June period, a year-on-year decrease of 15.7%.

Domestic production decreased for a fourth consecutive quarter, mainly reflecting an end to the surge in demand for 5G communication infrastructure and decreased production due to parts supply problems. 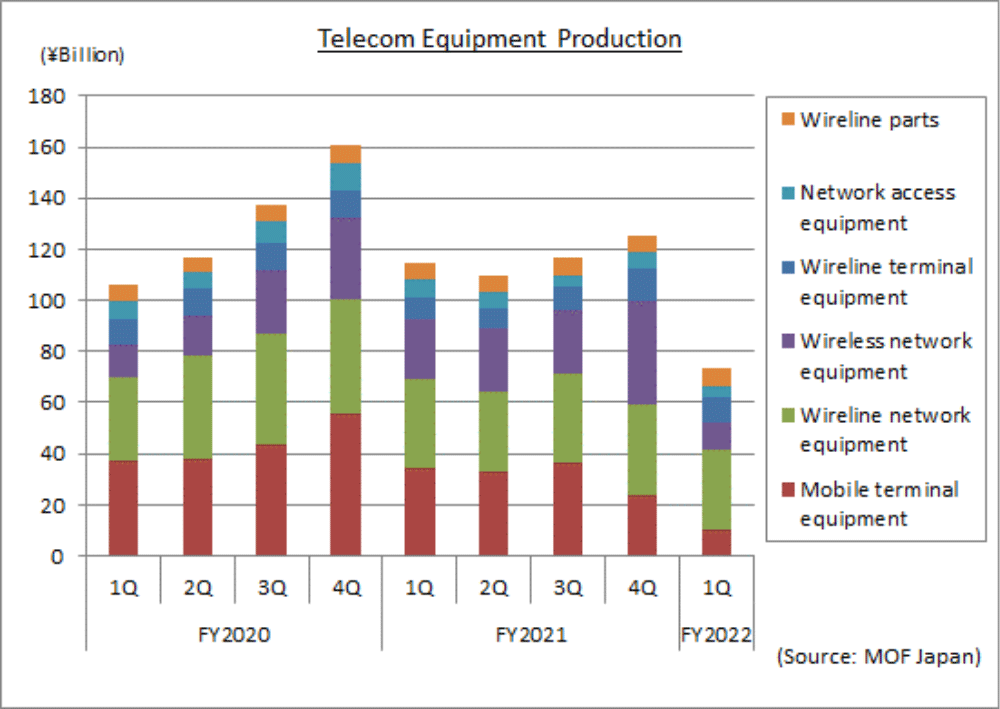 Total exports amounted to 71.8 billion yen in the April through June period, a year-on-year decline of 13.0％ and the first decline for five quarters.

Exports of components for smartphones produced overseas decreased due to the effects of lockdowns and other measures in China and a slump in the smartphone market. Exports of smartphones and base stations to the U.S. grew. 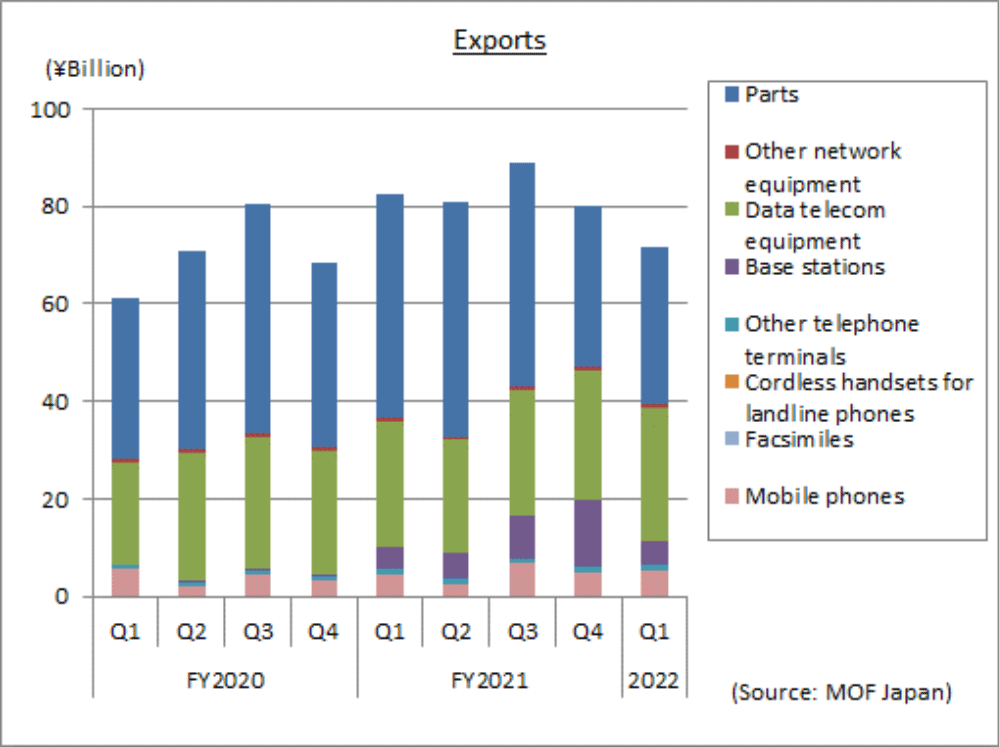 Total imports amounted to 779.4 billion yen in the April through June period, a year-on-year increase of 5.7% and the second consecutive quarter of growth.

Coinciding with the recovery in demand for smartphones, imports of smartphones produced overseas, increased. Imports of data telecom equipment such as routers and switches were also brisk, making up for the decline in value of domestic production, and the value of the domestic market increased. 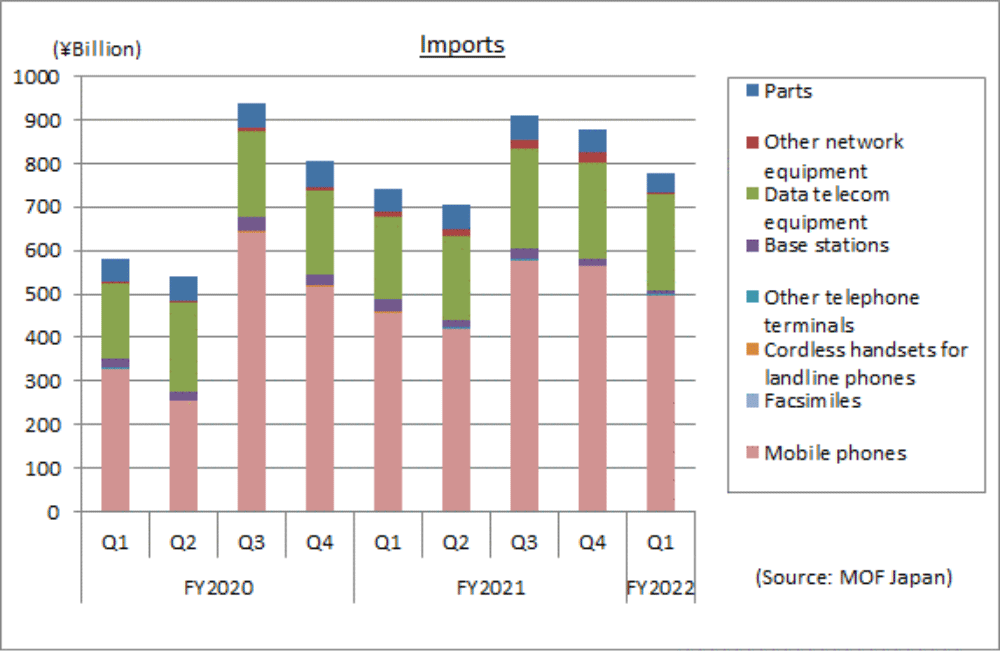 Actual orders received and shipped in the April through June period was 344.2 billion yen, up 3.3% year-on-year.